The following was received from our sponsor, My Heritage,
and we knew it would be of immediate interest to our blog listeners. We recently received a moving testimonial from one of our customers, who thanked us because, as he put it, MyHeritage saved his daughter’s life. This was achieved by detecting a rare BRCA variant that only MyHeritage tests for among the major at-home consumer DNA health tests. It is successes like these that make us even more determined to continue our mission to raise awareness of genetic health risks and provide insights on significant medical conditions to the public.
Users who have purchased the Health subscription can access these reports for free.
You can find more details about the new reports and their availability in the press release.
I’d also like to take this opportunity to remind you about our amazing Black Friday sale — we’re selling MyHeritage Health kits for only $79 instead of $199, and health upgrades for $50 instead of $120.
I encourage you to share the announcement about these significant enhancements to our Health product with your network and on your social channels.
Best regards,
Daniel Horowitz
Genealogy Expert

Email ThisBlogThis!Share to TwitterShare to FacebookShare to Pinterest
Labels: My Heritage, MyHeritage Health

Genealogy Guys Learn Is On Sale for a Limited Time 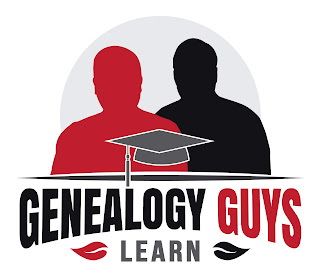 The Genealogy Guys, George G. Morgan, and Drew Smith are recognized speakers, authors, podcasters, and bloggers. The Guys launched a new subscription genealogy education website, Genealogy Guys Learn, on 1 October 2019. It contains written lessons and video presentations for all levels of genealogists, and new content will be added every month. Resources, products, and useful links are also included at the site.

The regular annual subscription rate is $99 for all you choose to use. However, the Guys are placing Genealogy Guys Learn on sale for $79 a year for a limited time during the holiday season. To take advantage of this price, visit the website at https://genealogyguyslearn.com/, click on the Enroll Now button, complete your contact and credit card information, and enter the code Holiday19. This offer is good only from Thursday, November 28, 2019, through midnight EST U.S. on Saturday, December 14, 2019.

In addition, once you are enrolled as a member, you can also give an annual subscription at the regular price to other friends. (The discount does not apply to gift subscriptions.)

Just in time for the long winter months when you spend so much time inside working on your genealogy and family history, the inclusion of genealogy education to expand your skills is a perfect activity. And this sale price gives you access to the written courses, videos, and other resources – and new content added every month – for less than $6.59 a month!

George and Drew have a wealth of information to share with you. Join Genealogy Guys Learn at this special price for a limited time and take advantage of the best in excellent educational content!

Genealogy Guys Learn is a production of Aha! Seminars, Inc. ®

Give the Gift of Vivid-Pix Great Picture and Document Fix to Yourself and Your Friends!

Give the gift of Vivid-Pix RESTORE
at a 20% discount for the holidays
for you, your friends, and your family!
Versions for Windows and Mac! 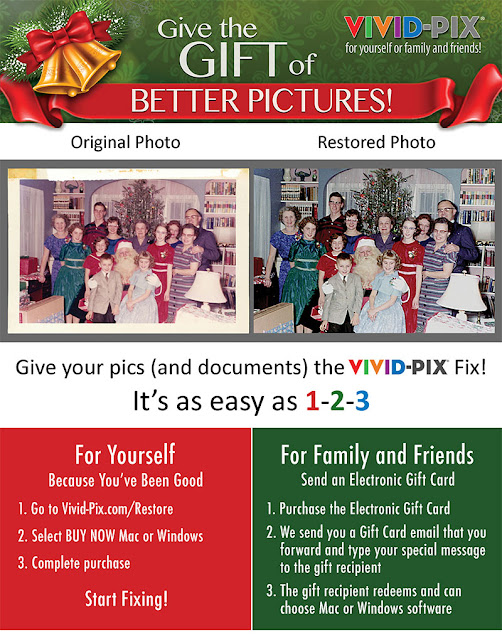 Take advantage of the 20% discount for yourself by clicking the link at
https://www.vivid-pix.com/RESTORE?pop_code=3GenealogyGuysSAVEBT.
Click on the yellow button and BUY for Windows or Mac.
You will get the software for $39.99, a 20% discount off the regular price of $49.99.

Give a gift to your friends by clicking on
https://www.vivid-pix.com/RESTORE/GiftCard?pop_code=3GenealogyGuysSAVEBTG.  Click on the red button and BUY a Windows or Mac prepaid gift card. When you checkout, you will provide your name, email address, and purchase information.  Vivid-Pix will email you the Gift Card that you then forward to your gift recipient with your gift message. Have your friends and family been naughty or nice?  You can send to as many as you wish!

Posted by George G. Morgan at 7:59 AM No comments:

The RootsMagic Holiday Offer is Back!

Our sponsor, RootsMagic,
has brought its annual holiday offer back! 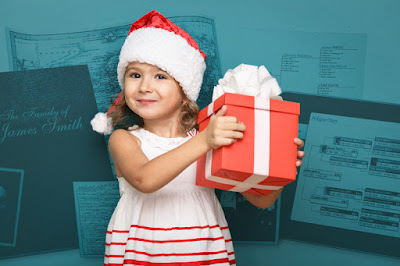 As a RootsMagic customer, you can get our amazing holiday bundle including:
This is a $90 value for only $29.95!

Plus, you will receive a free download of RootsMagic 8 when it is released. This means that you can reserve a future copy of Version 8 at today's lower Version 7 price!

There is no limit on the number of discounted gift copies you can buy during this limited time offer which will expire December 24, 2019. You will receive the full programs and eBooks for each copy you order.
To take advantage of this great offer, just visit http://www.rootsmagic.com/holidayoffer.

Posted by George G. Morgan at 3:43 PM No comments:


Our podcast sponsor, Evidentia, has just announced a great holiday sale!
See the information from their press release below.

Bruce Buzbee of RootsMagic released an important blog post on 11/13/19 concerning
the status of development of RootsMagic8. First, read his blog posting at
http://blog.rootsmagic.com/?p=3328 so that you understand the many difficulties,
he and his team have encountered.

As the largest, most complicated version of the software, they have accomplished
a vast rewrite if the program.  However, they have also been dependent on
the purchase of some other software utilities to facilitate some functions. Further, the
number of breaks in the Application Program Interfaces (APIs) was greater than
anticipated. In addition, the team ended up rewriting commercial libraries from other
companies because of their deficiencies in adhering to the RootsMagic specifications.

As a result, Bruce has had to make the decision to communicate honestly with RM
users to states that there is more work to do. He and his team are literally working
every available hour to write code and conduct tests. However, that means RM8 will
not be available by the end of the year.

I have personally used RotsMagic for over a dozen years at least. Each new release
has worked as advertised with a minimum of tweaks required. (I can't say that about
the other 5 genealogy database software programs I've used.)

I applaud Bruce's honest announcement in his blog. I therefore know that RM8
will be the finest database program out there, bar none.

Please also take the time to watch the YouTube video in the blog which details what
RM8 will look like and how it will operate. You'll be blown away!

Thank you, Bruce and all of your team for the hard, hard work you have committed
to making RM8 the best software program out there, 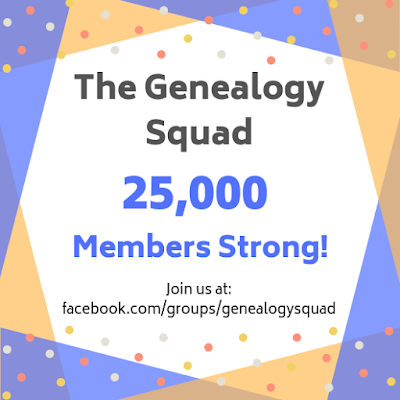 We're celebrating today! The Genealogy Squad is now 25,000 members strong! Since we started in May we've had more than 9,800 posts with 230,000+ comments. That means there have been more than 10,000 genealogy questions answered and pieces of brick walls have been chipped away! We are all smarter researchers and better genealogists than we were 6 months ago. Better yet, we're a tight-knit community ready to help our friends. Please share this group graphic and the address with your genealogy friends so that they can join in the fun!https://www.facebook.com/groups/genealogysquad/

We urge you to join The Genealogy Squad by requesting to become a member at  https://www.facebook.com/groups/genealogysquad/, answering a couple of questions to prove you aren't a robot, and we ask you to read and follow the simple rules yo make this a great Facebook site.


Join us for a great experience!

Posted by George G. Morgan at 6:15 PM No comments: