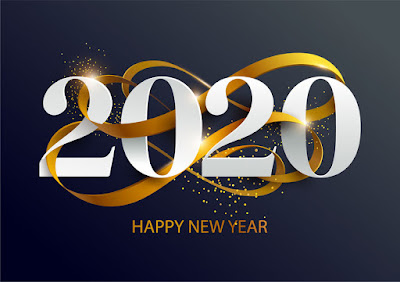 We'd like to wish a fantastic new year to all of our podcast listeners, our blog readers, our Genealogy Guys Learn members, our Patreom supporters, our sponsors, and the entire genealogical community. Thank you for a wonderful year!

We wish you good health, happiness, prosperity, and solutions to all your research challenges!

The Genealogy Squad IS for You! 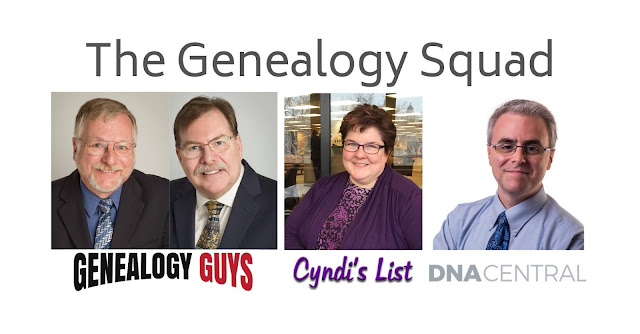 Start your New Year off right!
Join The Genealogy Squad on Facebook at
https://www.facebook.com/groups/genealogysquad.

The mission of The Genealogy Squad Facebook group is to provide a positive space for the sharing of appropriate and reliable methods and resources to assist genealogists at all levels. We focus on answering questions and solving problems while demonstrating best practices in all aspects of genealogical research.

The administrators are George G. Morgan of The Genealogy Guys Podcast, Cyndi Ingle who created and maintains more than 337,000 links at Cyndi's List, and Blaine T. Bettinger, Ph.D., JD, the world's leading lecturer on DNA and principle of DNA Central. (Questions relating to the use of DNA testing are better suited for our sibling group, Genetic Genealogy Tips & Techniques at https://www.facebook.com/groups/geneticgenealogytipsandtechniques.) We have two fantastic moderators working with the team at the moment too! They are Mia Bennett of England and Samantha John of Australia. They are experts in their areas and abroad too!

Membership in the group, which launched on 6 May 2019, is currently approaching 27,000. The members, administrators, and moderators answer your questions or they point you to excellent resources. TGS is the friendliest and most helpful Facebook group there is to help you with your genealogical questions.

Visit https://www.facebook.com/groups/genealogysquad to join. Just answer a few quick questions and you'll be approved and in The Genealogy Squad in almost no time! And if you're already a member, tell your friends and members of the genealogical societies to which you belong!

The Genealogy Squad is here to help!

Posted by George G. Morgan at 3:20 PM No comments:

Day 0: Introducing 31 Days of Getting Organized 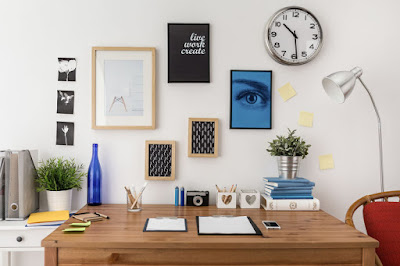 While I am not a great believer in New Year's resolutions, I do believe that one can set and achieve reasonable goals for shorter periods, such as a quarter or a month. So let's make January 2020 the month in which we start getting more organized. The more organized we are, the less time we'll waste looking for things we need and the more time we'll have available for the fun parts of research!

Each day in January, I'll be providing a brief post to encourage you to do a little organizing in one particular area of your workflow. It doesn't mean that you'll be able to achieve getting organized in a single day, but it does mean that you can use that day to see what, if anything, needs to be done. You can start with that area, and then schedule it again for later in the month or in the next two months, to complete the tasks.

And some of the days may not be relevant to you, perhaps because you're already pretty organized in that area, or because you'd rather work on a more important area. That's fine. Use the month of January to see what needs to be done, to make some progress, and to schedule more time to do more.

At the end of the month, we'll look back to see how much you got done. Oh, and if you need to skip a day or two during the month, that's also fine. You can catch back up later in the month! Happy New Year, and let's make January 2020 and the following months the most organized months you've ever had.
Posted by Drew Smith at 3:07 PM 10 comments:

They've been working hard on the biggest upgrade in their software's history- RootsMagic 8. Be sure to read their blog article for an update about their progress. Included in that article is a 30-minute video to show you precisely what RootsMagic 8 looks and feels like.

You can view the video below: Bruce didn't have time to cover everything in the first video. One feature that they've had a lot of questions about is the places and mapping. So we've made a quick video previewing the mapping features in RootsMagic 8. You can view the video below: 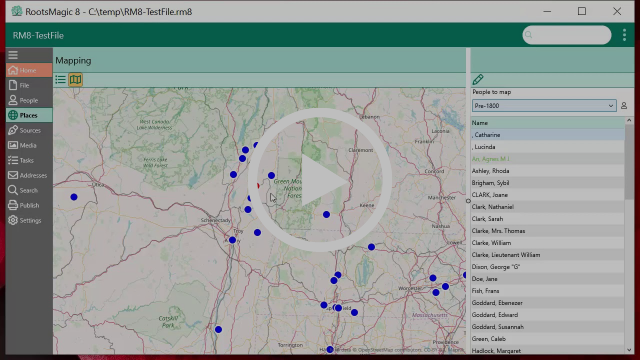 Watch for more videos from RootsMagic, and be sure to follow the RootsMagic Blog at http://blog.rootsmagic.com for many more details!
Posted by George G. Morgan at 1:20 PM No comments:

We just received this from FamilySearch. 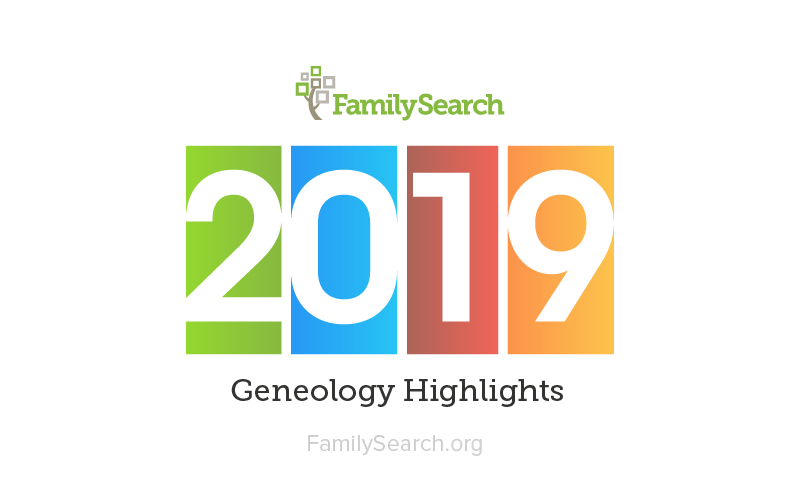 SALT LAKE CITY, UTAH (31 December 2019), FamilySearch International, today published its graphical year-in-review and highlights some of its 2019 achievements—like its 125th anniversary as an organization and the 20th anniversary of popular free website, FamilySearch.org. Since its establishment in a small upstairs office in Salt Lake City, Utah, as the Genealogical Society of Utah in 1894, it has become the world’s largest genealogy organization, now known as FamilySearch International. Its ongoing dedication to helping individuals and families make fun discoveries and connections, plays a vital role in the growing consumer interest in and demand for family history-related services. (Share this announcement or download more HD graphic options online in the FamilySearch Newsroom.).
In 2019, FamilySearch added nearly one billion searchable records and images of free, historical documents online to the billions already available, added new local facilities around the world to assist in personal research, provided support to customer requests and offered millions of online record hints to users of FamilySearch.org. Family Tree
FamilySearch received 169.5 million website visitors and tallied 13.9 million registered users. The FamilySearch Family Tree expanded in 2019 as 3.5 million contributors added 72 million more people to the more than 1.2 billion people in the Family Tree. Sources added by users help confirm the family connections on the tree, and 262.5 million sources were added last year bringing the total to 1.4 billion. The numbers continue to grow as records become available and more people add their family histories to the free, community-based tree.
To help users locate sometimes-obscure records, FamilySearch has provided 2.4 billion search hints since the program began. In 2019, 40 million personalized hints were offered to help easily connect new sources to users’ ancestors in the tree, and the user process to evaluate and attach those sources has been simplified.

Memories
Family history is about more than just names, dates, and places—it is about the people those facts represent and their personal stories. Over half a million people added more than 8.75 million photos, stories, and recordings of their ancestors to the FamilySearch Family Tree this year using the FamilySearch Memories feature and mobile app. These new additions bring the total family memories preserved and shared to over 40 million.

Other Notables
In 2019, FamilySearch added a much-anticipated innovation that now enables users to make name corrections to its indexes. The ability to correct additional types of indexing errors besides names are coming in the near future.
A new Thank-a-Volunteer feature was added in 2019. It enables you to express gratitude to those FamilySearch volunteers who made it possible for you to make new ancestor discoveries through indexed, searchable records.
Thanks to an update to the FamilySearch Family Tree mobile app, you can now see how you are related to other FamilySearch users. All you have to do is opt-in, and you can see how you and another user (if he or she has also opted-in) are related.

The Church of Jesus Christ of Latter-day Saints, of which FamilySearch is a fully-owned nonprofit
subsidiary, donated $2 million dollars to the International African American Museum (IAAM) Center for Family History. The donation will help support the creation of the IAAM Center for Family History.
David Rencher, chief genealogical officer for FamilySearch and director of the Family History Library, received the Certificate of Appreciation from the American Society of Genealogists for extraordinary contributions to the discipline of genealogy at its annual meeting on November 2 in Salt Lake City, Utah. Rencher received the rarely awarded accolade “in recognition of his vigorous and visionary efforts to serve the aims of scholarly genealogy at the Family History Library and at FamilySearch.”
In 2019, the FamilySearch Research Wiki, a treasure-trove of genealogical expertise, advice, and insights, for family history enthusiasts, published its 90,000th article.
Make your next personal family discovery at FamilySearch.org today.

About FamilySearch
FamilySearch International is the largest genealogy organization in the world. It is a nonprofit, volunteer-driven organization sponsored by The Church of Jesus Christ of Latter-day Saints. FamilySearch and its predecessors have helped millions of people make fun, personal and family discoveries and connections for over 125 years. FamilySearch’s free services and resources can be accessed at FamilySearch.org or through more than 5,000 family history centers in 129 countries, including the Family History Library in Salt Lake City, Utah.

Email ThisBlogThis!Share to TwitterShare to FacebookShare to Pinterest
Labels: FamilySearch

The following was just received from Daniel Horowitz of MyHeritage.com It gives a vast amount of information about this fantastic website and DNA testing service.  We hope you enjoy this as much as we have!

The year has come and gone in a flash, and what a year it has been!
As 2019 comes to a close, I wanted to share the recent post from the MyHeritage blog, summarizing some of the company's achievements and milestones over the past year: https://blog.myheritage.com/2019/12/wrapping-up-a-fantastic-2019/
Please feel free to share the link to the blog post, and the following infographic, with your readers. 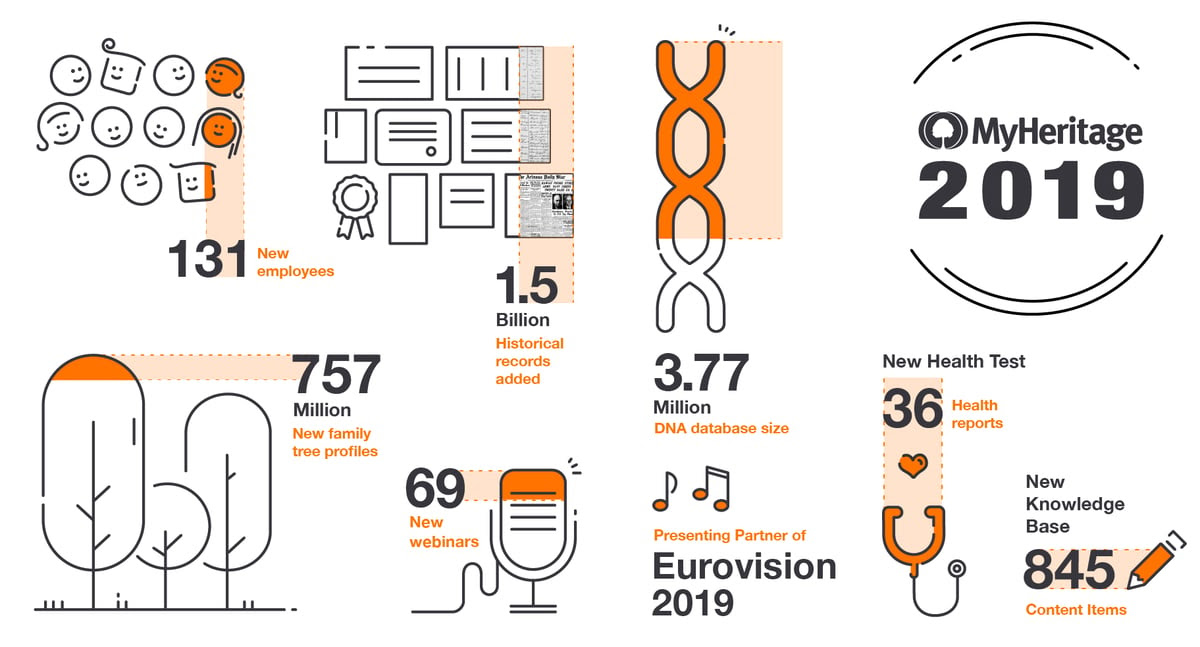 I wish you and your family the best for this coming 2020!
Happy New Year!
Daniel Horowitz
Genealogy Expert

Email ThisBlogThis!Share to TwitterShare to FacebookShare to Pinterest
Labels: MyHeritage.com

I received a large set of MyHeritage DNA matches today. Some were as close as 2nd to 3rd cousins. Imagine my excitement! 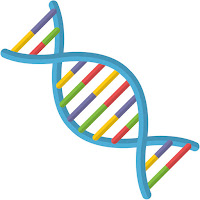 Unfortunately, only one person had loaded a comprehensive tree with names and data going back 7 generations, and I was easily able to make a concrete connection. I've sent a contact message to the person. I'm thrilled with one contactable match though. It offers the opportunity to make more progress.

It was, however, very disappointing that all of the other matches had either posted a tree with only themselves (private) or in a tree with only 2-3 generations, all of whom were marked private. I understand the privacy issue very clearly but was very sad that the opportunities to make matches and contacts were stymied.

I hope you will consider when you are uploading family tree information to the sites at which you have tested that you will include in your tree enough generations with deceased and non-private individuals so that you and others can really benefit from your testing and theirs so that we have some matches to older generations.

Thanks for listening!
Posted by George G. Morgan at 1:00 PM No comments:


A coroner is a government official responsible for confirming and certifying the death of an individual within a specific jurisdiction, usually at the county level. (This individual is now referred to as a medical examiner in many places.) The coroner is responsible for overseeing examination of a corpse or ordering an inquest into the manner or cause of death. Not all deaths are subjected to a coroner's examination. Only those of an accidental, unusual, questionable, or suspicious nature are usually subject to an investigation. While a death certificate may be issued at the time of death, a coroner's report may supersede the cause of death listed on the certificate, and the death certificate may later be amended.

The government offices in the jurisdiction where the death occurred will hold extant coroner’s reports. The name of the jurisdiction is typically preprinted or filled in on the report. The reports may be indexed chronologically, by report number, or by surname of the deceased; the method of filing will vary from place to place. Some may have been digitized, indexed, and placed online by the government office. Others may be found at FamilySearch.org and at other commercial genealogy websites.