The two companies partnered in 2019 to create the Unsung Heroes Award. The award acknowledges and celebrates those members of the genealogy community who digitize or index photos and other documents of value to genealogical researchers.  The Unsung Heroes Awards is an awards program designed to recognize its recipients in four categories: individuals, genealogical/historical societies, libraries/archives, and young people. You can even nominate yourself!

Nominations eligible for this round of awards must be received no later than midnight EST on February 1, 2020, and the winners will be announced at RootsTech in Salt Lake City on February 26-29, 2020. Due dates for later quarters will be announced on The Genealogy Guys Podcast; The Genealogy Guys Blog; at the Vivid-Pix website, and other places in the genealogical community.

Full information and nomination forms can be found at the Aha! Seminars, Inc., website at the Aha! Seminars, Inc., website at https://ahaseminars.com/. Nomination forms and images should be emailed to genealogyguys@gmail.com and winners will be selected throughout the year.  Winners will receive: a custom-made commemorative mug with their choice of image; a commemorative certificate; an announcement on an episode of The Genealogy Guys Podcast; a profile of the winner published on The Genealogy Guys Blog; and recognition at the Vivid-Pix website (https://vivid-pix.com/). 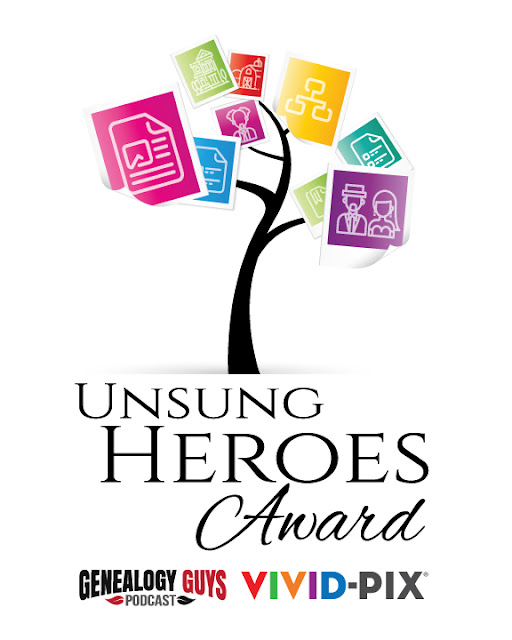