MyHeritage, has been announced by the European Broadcasting Union (EBU) as Presenting Partner of the Eurovision Song Contest 2019! As the event’s main sponsor, MyHeritage has been granted extensive global association and event, media, and digital rights for the upcoming song contest. 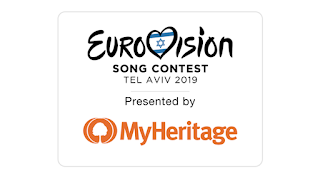 The Eurovision Song Contest is a famous international song competition held annually since the 1950’s, primarily among the member countries of the European Broadcasting Union. It is the world’s biggest live music event, a hugely popular television event that has been watched live by an average of close to 200 million people in the past 3 years. The contest is hosted by the previous year’s winning country — as Israel won the 2018 competition, Eurovision 2019 will be held in Tel Aviv.

This partnership with the Eurovision song contest comes hot on the heels of MyHeritage becoming the most popular family history and DNA service in Europe, following surging interest in DNA testing for the discovery of relatives and ethnic origins.

MyHeritage will be working closely with the EBU to create content throughout the year that will focus on the rich heritage of the Eurovision Song Contest, revealing the connections between winners, participants and fans of the show.

“We are excited to have MyHeritage on board as Presenting Partner for the Eurovision Song Contest 2019. This new partnership is the perfect fit; underpinning our core values of diversity and inclusion, whilst bringing together different countries and nationalities in the spirit of discovery and creativity.”

“As one of the world’s greatest gatherings that celebrates cultural diversity and creativity, we share the Eurovision Song Contest’s values. Helping people strengthen their bond to their families by establishing a connection to their family history and cultures of origin makes them realize that, while we are all unique, we are also more similar and connected than we think.”

The Semi-Finals of the 2019 Eurovision Song Contest will take place on the 14th and 16th of May, 2019 and the Grand Finale will be held on the 18th of May at the EXPO International Convention Center in Tel Aviv, Israel. The shows will be co-produced by the Israeli public broadcaster KAN and the EBU.
Posted by George G. Morgan at 8:31 AM