The following press release from our podcast sponsor Vivid-Pix was just received.

Vivid-Pix RESTORE improves the color and contrast of scanned, faded images and digital photos, as well as scanned records, letters, and documents. The U.S. Patent Office has awarded a patent to Vivid-Pix for the image processing used to improve images for the automatic correction of faded images covering the techniques used in Vivid-Pix RESTORE.

Vivid-Pix is the perfect Valentine’s Day gift. Renowned historian Maureen Taylor, The Photo Detective®, used Vivid-Pix to create a gift from her mother’s faded wedding album. “While all old photo albums fade with age, Mom’s was the worst! – The film processing or printing was done poorly and mom never really enjoyed her wedding album.” Taylor scanned the photos and restored them with Vivid-Pix. “Mom was thrilled,” she said. 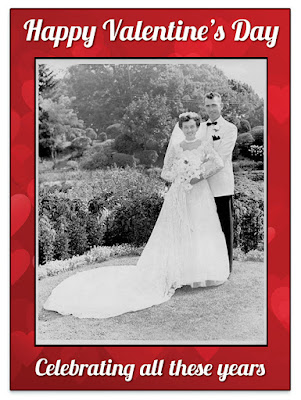 To create a Valentine’s Day card, go to:
https://vivid-pix.com/treasuredgifts/entry/valentinesdaygiftrecipe.html.

Vivid-Pix was founded by Rick Voight and Randy Fredlund, who have a combined 47 years of experience from Eastman Kodak Co. They brought Kodak’s “You Press the Button, We Do the Rest” philosophy to the design of Vivid-Pix RESTORE. For more info, see the website: https://vivid-pix.com/.

Email ThisBlogThis!Share to TwitterShare to FacebookShare to Pinterest
Labels: Vivid-Pix