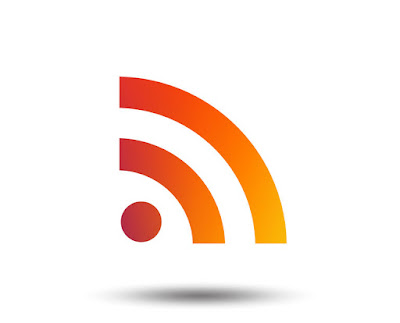 When the World Wide Web was first created, one of its advantages over the information sources that had come before was that a web page could be changed, adding new content, removing outdated content, and fixing errors. But this advantage was also a bit of a curse, because it meant that you might have to check a web page on a regular basis to see if it had changed, and of course, some web pages might not change for months or years, if ever. What if there was a tool that would keep track of online content, notifying "subscribers" if the content had changed in any way.

This became especially important when the first blogs were created, as people would want to follow a particular blog and be notified when there were new posts. In 1999, a solution was created: a special kind of web page in a particular format whose primary purpose was to keep track of changes to some other page or site. This new file format was called RSS, also referred to as a web feed or news feed. But even with the new file format, it was still necessary to have special software that could track the RSS feeds for dozens or even hundreds of different sites (again, especially blogs), so that one could be notified when there was new content to read. This special software was called a news aggregator or feed reader.

Google jumped into the arena with its own feed reader in 2005. Google Reader became perhaps the best known and most popular reader software, and it remained so until Google decided to withdraw it in 2013. The software that filled the gap and that became the most popular alternative is Feedly, and it's the one that I personally use to keep track of hundreds of blogs, many of which are about genealogy.

Genealogy blogs remain a great way to keep up with the latest genealogy news and to learn new tips and techniques. Feedly allows me to check all of those blogs in a matter of a few minutes, showing me only those with new content. I can scan the titles of each blog post in Feedly, seeing if it interests me enough to open the item and read it. Once I have passed through my entire Feedly list, I can mark all the items as read, so that I won't be shown them again. (I can always search through Feedly later if I want to go back to something I read earlier or that I might have skipped over.)

The free version of Feedly lets you follow up to 100 different sources and organize them in up to 3 different categories. 6.5 years ago I opted for a paid lifetime plan ($99.99) that gives me unlimited sources and categories, no advertising, faster updates of the feeds, and options to save blog postings directly into Evernote or OneNote. (If that amount seems steep, you can go for the $5/month plan, to see if Feedly is doing what you need.)

How do you organize your RSS feeds? You may be using your feed reader for more than just genealogy, although even with just genealogy, you could end up with a large number of different sources. In that case, you might want to group together those sources into feeds such as Companies (many have their own blogs), DNA, and Other. I also use Feedly for blogs that are about things other than genealogy, so I have feeds for Education, Libraries, Tech, Science, and Podcasting.

Once you've subscribed to your blogs of interest and grouped them into feeds, you're all set. You can start Feedly as often as you like. I'm usually in it myself a few times a day, just so that I don't get too overwhelmed, and I'm able to scan across all the blogs I follow in a 15-minute session. You can also use Feedly to see which blogs you're not really reading, and then unsubscribe from those.

Rather than my waiting for weekly or monthly email newsletters to see what's new in genealogy, I find that using Feedly keeps me on top of what's new. If you're not reading genealogy blogs, consider starting, and if you're trying to keep up with lots of them, try a tool like Feedly to save time.
Posted by Drew Smith at 3:00 AM